One author, 3 amazing books! Get to know her:

Kerry Taylor was born in London, but is living in Madrid, Spain with her three children.


She has written several romantic comedies, short stories and her first erotica book.
​
Find more about her at: www.kerrytaylor74.wordpress.com
﻿

If you want to know more about her work, just check her latest releases:

Quick facts for the 3 books: 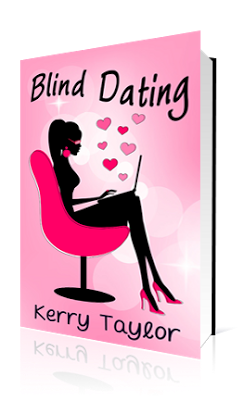 When mid-forties, divorced, single-mother-of-three, Kimberly, realizes her own mother has more of a life than she does, she decides to do something about it.

Encouraged by success stories from people at work, she joins a dating chat room, ICQ, which starts to rock her world.

All of a sudden she's a swinging single, online, with extreme dates, a little dirty talk, and a sense of her new, sexy self-- until that fateful moment when her long-time chat-room buddy, LonelySingle, wants to meet. "Are you trying to find a man on Facelook?" her Mom questions, after years of being told it is Facebook!

What if he doesn't like her? What if she doesn't like him? These are the thoughts, inside her head. Until they meet and realise, that they have been friends offline aswell as online! What happens next? A light-hearted, romantic comedy about a single mom finding true love, which was right before her eyes. 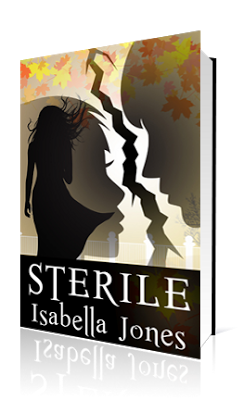 'I am his wife, he no longer respects, touches or loves me.'

Lisa cries to herself at night. After 15 years of marriage, she cannot accept their fate: a life with no children. She wallows in paranoia as Mark works late and continues his career as a travelling salesman. Her accusations of him cheating on her result in their first major fight which leads to a trail of events that spiral out of Lisa's control.

Will Lisa manage to keep her tenuous grip on her marriage, her life and ultimately reality?
A novel about one woman's struggle to carry on when her worst nightmare turns into reality. 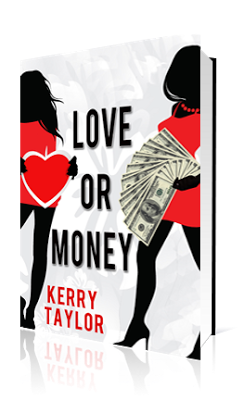 Love or Money by Kerry Taylor
A Romantic Comedy

Heather and Kelly are two single best friends who live and do everything together. When someone points out that the only other women who have a similar lifestyle are either lesbians or sisters, they decide it is time to move on and get married. How will they choose? Vowing to find their husbands together as well, they embark on a journey, equal parts hunt and madcap dating adventure, to find their dream husbands. With opposite tastes and ideas, will they be able to find husbands together? Searching for a man with money or searching for a man to love--who will find their husband first? And more importantly, is there a happy ending?