Kelsi always knows when bad things are coming, but even she never thought she’d lose her husband at only twenty-three. Since he died, she’s been living her worst nightmare.

Her nights are filled with dreams of a Dark Haired Man, but her days are full of guilt, because the Man fills her with longing and confusion, promising to give her all she needs, all she wants, all she feared she’d never have again. If only the dreams would stay in her head where they belong. Kelsi starts seeing the Dark Haired Man in her waking life, shadowing her wherever she goes.

And when her mysterious new neighbor, Aiden Hardt, knows about the Man in her dreams, Kelsi worries she can’t trust her own mind.

But even Aiden’s cryptic words don’t frighten her as much as the way she feels around him. Kelsi must sort through her emotions and figure out what’s real before she can ever hope to have a normal life again. 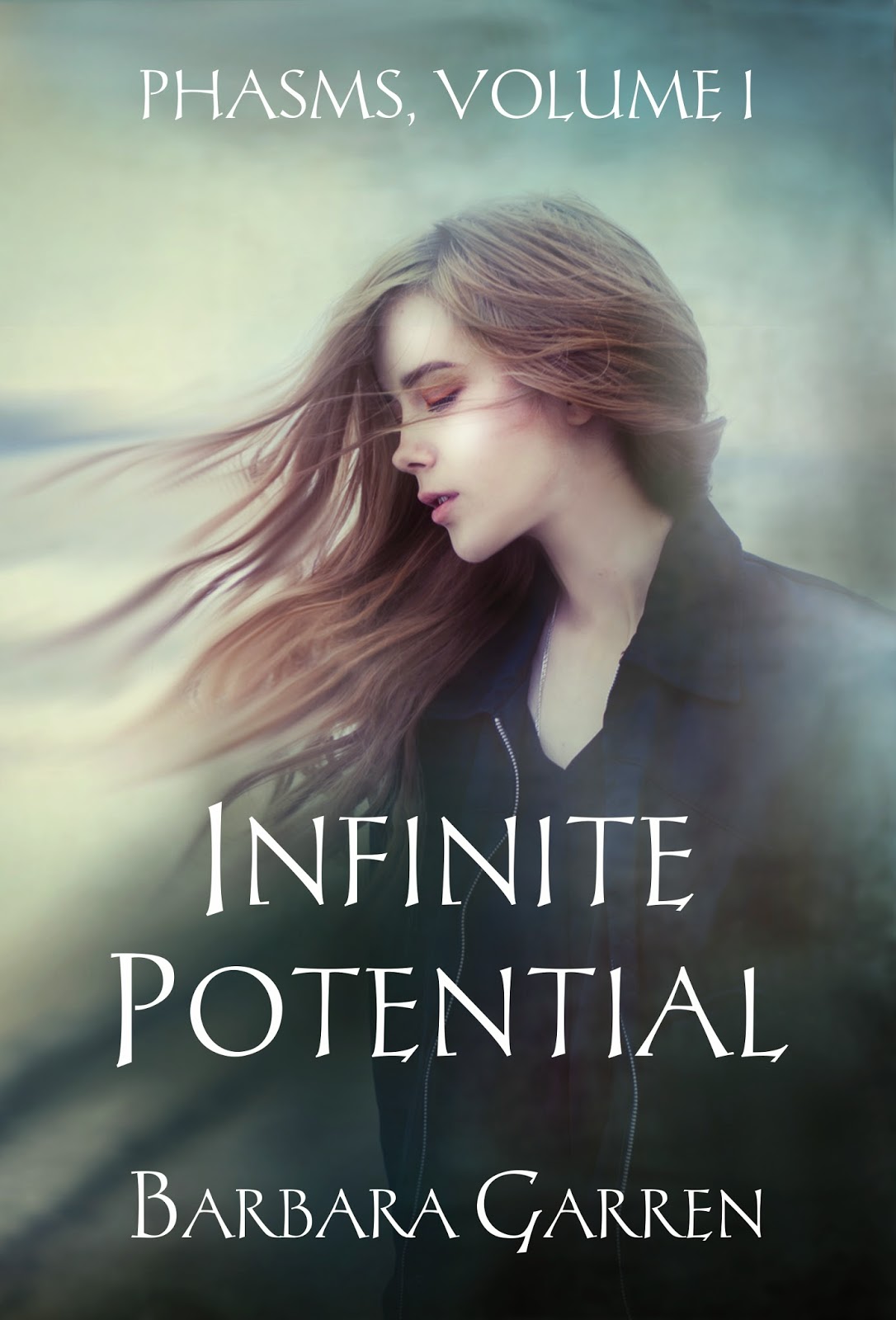 Kelsi always knows when bad things are coming, but even she never thought she’d lose her husband at only twenty-three. Since he died, she’s been living her worst nightmare. 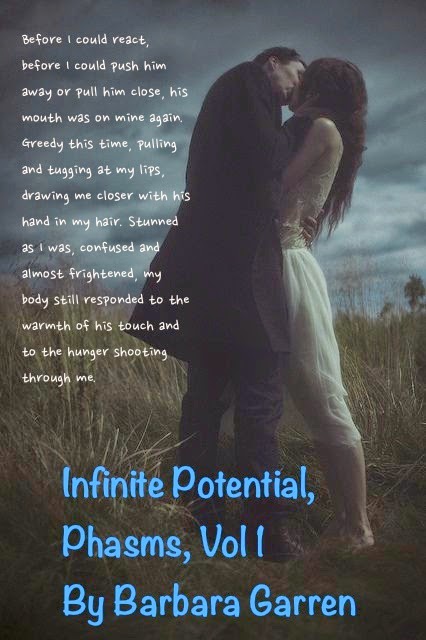 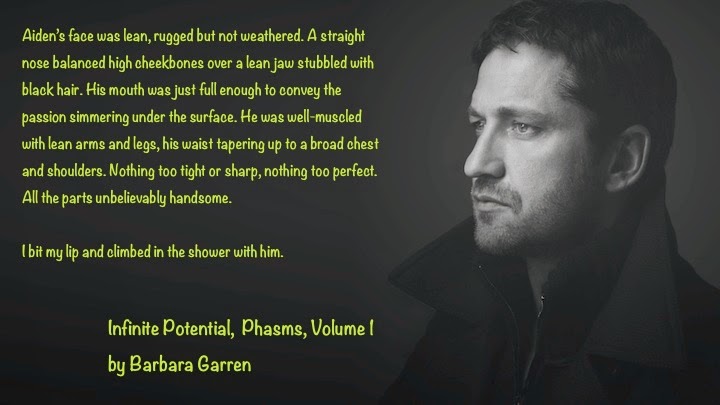 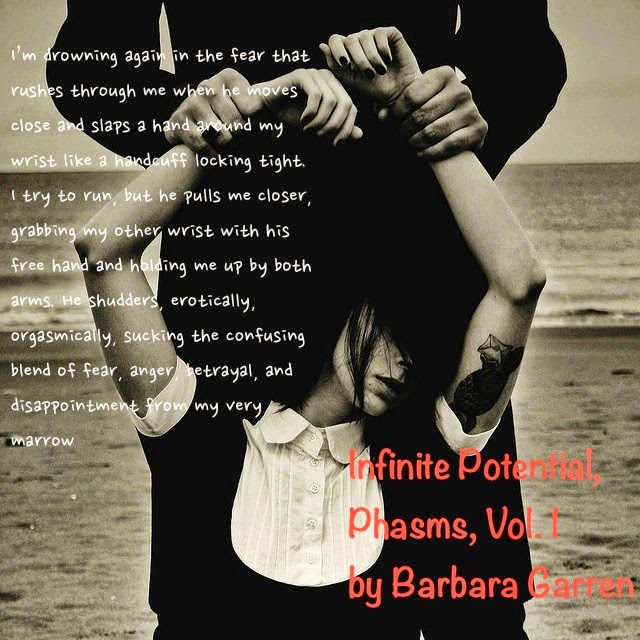 I'm a writer, a reader and a frequenter of the more charming sites in town, namely pubs.
Born and raised in Southern California, I left to explore the world courtesy of the U.S. Navy. I've lived in San Francisco, New York and Norfolk, Virginia, but prefer to call San Diego home these days, with my husband, Henry (the inspiration for all the romance).
When not working on my next novel or reading a good book, I can be found running after my grandchildren, my dog and my sanity.
I believe a well-rounded diet consists of coffee, scotch, chocolate, popcorn and Luna Bars - in that order - and have been accused of violating grammar and etiquette rules in at least seven countries. My Muse is a Valkyrie named Prue, so look out. 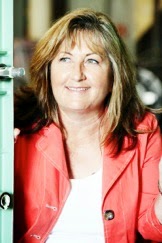 Writing as art, and how I learned to embrace my artistry.

First, let me say that I come from an extremely talented family. There are any number of gifted and recognized painters and sculptors lurking in the limbs of my family tree. My grandfather is a well-known painter, my uncle, mother, brother. Me? I can’t draw a box to climb out of!  So, with this in mind it’s easy to understand how I grew up thinking I had zero creative talent.

And yet – I’ve crafted stories as long as I can remember. As a young girl I would write plays and act them out with my friends, as a (typical) teenager, I filled stacks of notebooks with poems and short stories. As a young adult, I gifted (LOL) family members with stories I’d written. Lying in bed on any given night, unable to sleep, I would spin fantasies and makeup tales to help me sleep.  I still do.

It wasn’t until recently (that being a relative term) that I began to seriously consider the craft I practiced as a creative, artistic outlet.  My husband had been nagging me (really – no nice way to put it) to write a book and I finally took him up on it. I wrote my first book over a couple of months; did some basic editing and sent it around to friends, family and relatives.

They loved it. They praised it. They commented on my artistry and creativity. I sat there with my mouth open, dumb-founded. Me, creative? Artistic? Really?  As much as I’ve loved the written/spoken word, as much as I’ve appreciated the craft and talent of other writers, I couldn’t see the same attributes in my own work. I couldn’t connect my own ability to develop a pleasing piece of prose with that of Steinbeck, Faulkner or Whitman. I could not think of myself as an artist.

The first book hasn’t gone anywhere. It needs a woeful amount of revising before it’s ready for public consumption, but it taught me so much! I’ve learned I have a unique voice and I need to not only trust in it, but to give it free rein. I’ve learned I have stories to tell that people want to hear, and I should follow my gut when deciding what to write. And it taught me to polish, polish, polish until it shines so bright you need sunglasses to read it, then set it adrift in the universe of publishing.

Because art is meant to be seen, whether on the wall, on film or on the written page.
What’s your writing process?

Hmmm – there really is no process. I’ve often referred to my writing style as “verbal vomit,” (sorry for the gross analogy)! When the story hits and takes hold, there’s almost nothing I can do to stop it. I have to capture all the words as the spill out. I’ve learned the hard way to capture the story when it hits – and have been known to jump out of bed in the middle of the night and jot down those flashes of insight – or risk losing the thought.

When and where do you write?

Hah! Good question. I have an office at home and I usually climb into it after work each night and most of the weekends. I refer to it as “the cave,” though it’s quite nice and sunny. Finding time is hard. I have a (more than) full time job, try to hit the gym 4 or 5 days a week and am clinging desperately to what social life I had! Family always comes first, of course, but I will admit there are times I resent not curling up with my characters. My poor husband caters to my idiosyncrasies and never complains when I neglect him – though he has a right to!

Speaking of your husband, you’ve said he’s the inspiration for all your heroes. How and Why?

Well, besides the fact that they are all tall, dark haired and incredibly handsome – all of my heroes are strong, gentle and affectionate. They don’t super-impose their needs and wants on the main characters – instead they support and encourage the independence of the women they love. That’s my husband – and that inspires me. I don’t think it would have been possible for me to accomplish all that I have – personally, professionally and as an author – if it were not for him. I’m one lucky gal!

Where do you get your stories and characters?

Oh, geeze – stories and characters are all around us! Sometimes it’s something that’s happening right in front of me, sometimes it’s just an interesting person or conversation. I try and take ordinary events and people and place them in unusual circumstance, which means I spend a lot of time asking myself “what if?” and then following where it leads. I’m frequently surprised where the story does go, being a complete Pantster!

Even as a Pantster, you must have some idea where a story is going in order to write a complete trilogy. How do you do it?

I do have the story ARC laid out in my head and I’ll usually scribble some general notes for specific scenes I want to include, but those are very rough and often won’t make it into the final version. I like to let my characters drive the story, and I like to put them in predicaments they have to find their own way out of. Book 2 of the Phasms trilogy (coming Fall, 2014) was the perfect example of what happens when your characters come to life: Kelsi and Bryn ended up hijacking everything I thought was going to happen. The last scene in book 2 remains the same as I’d originally envisioned it, but everything between the beginning and ending was a complete surprise.

Barbara is attending the Romantic Times Convention in New Orleans May 13 – 18 and would love to see anyone there!