Eleven authors come together To give you ELEVEN, all new, sizzling southern stories of seduction. There's so much heat packed into one set that you'll be fanning yourself from page one until the very end! Be ready...we're going south, where it's hot and steamy...and we're not talking about the weather!

We will be highlighting the authors and their novella's over a 6 day tour...follow the whole tour to find out about each sexy story! 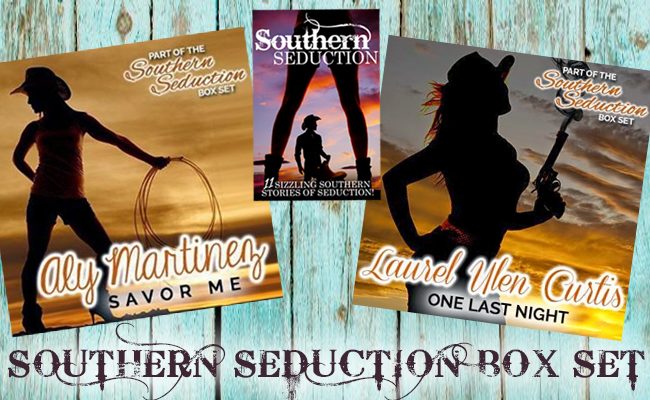 I lost my virginity at age thirteen. I know what you're thinking, and the answer is no. I wasn't raped or molested. Nothing horrible happened to me. I didn’t have a daddy complex or a shit life I needed to be rescued from. I just happened to like boys...a lot. I like them all.

Tall, short, skinny, buff, light hair, or dark—I don't discriminate. My favorite kind, though, are the ones who like other boys too.

I realized early on that one man isn't enough for me. It's a simple mathematical fact. Why have one man when you can have two? Any more than two gets complicated. But it’s worth it. Sometimes every woman has to make an exception though—two crappy losers or one smoking hot man.

The night I laid eyes on Hunter Coy, I made my choice. At least until he introduced me to his best friend, Mason Wynn.

He was the All-American boy with an edge.

She was a snarky version of Pessimistic Penny.

Both raised by single fathers and burdened with a set of expectations not their own, they were fighting to cut their paths through life.

When One Last Night of pranks takes them on a journey of discovery, will they find the answers in themselves...or each other?

Meet Laurel Ulen Curtis over at her Facebook page