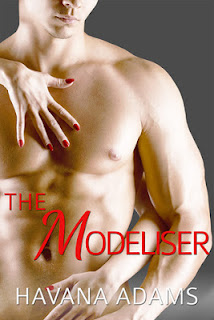 Hollywood's favourite Bad Boy and Modeliser is about
to meet his match.

When Hollywood bad-boy and legendary womanizer Alex Golden’s beloved grandfather dies he returns to London, and is thrown into the path of the women from his past. There is ex-lover Tamara, a super-bitch actress who never lets anything get in her way: until she falls head over heels in love with a powerful billionaire, that is. Then we have Alex’s sister, Helena, who dreams of stepping out from her family’s shadow and carving out a career as a photographer. And finally there is Talia, Helena’s best friend, whose hopes for a career writing for the big screen are dashed when she is unfairly fired from her job in the script department on a successful soap opera.

Alex’s fate is caught up with these three women as ambition, lust and love collide against the drama-fuelled backdrop of the film world...

Havana Adams is a London girl who left her heart in NYC and has collected a crazy amount of airmiles dashing back and forth across the pond. When she's not plotting super steamy romance novels, she works in the film and TV industry, which is the inspiration behind her first novel The Modeliser. Havana loves movies, TV, reading, sporty things and baking cakes.

Alex spun around to see that she was standing in the doorway to the bedroom, slowly advancing in. He watched as she reached to her side and slowly pulled down the concealed zip in her white dress. He swallowed hard.

“What are you doing?”

“Isn’t it obvious?” she replied as she let the dress fall to her feet and she stepped away from it, now clad only in a sheer flesh-tone thong. She reached up to unclasp her hair and Alex’s eyes were drawn to the way this movement raised her breasts. God, he had forgotten just how beautiful she was.

He watched as she let her blonde curls fall around her shoulders and she combed her fingers through her hair. Her eyes, Alex could see, were riveted to his cock and the erection that was growing fast.

“How do you want me?” Tamara asked her voice husky and something in Alex snapped."