For fans of Historical Romance, we welcome today the second instalment in the Matchmaker & Co. Series: 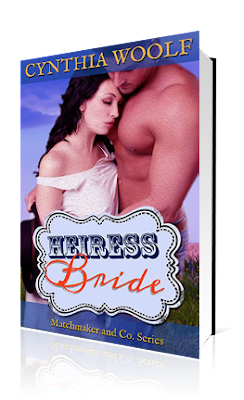 Heiress Ella Davenport survived a carriage accident that killed her father.  Her life saved in exchange for savage scars marring her beautiful face.  Her friends, socialites, showed their true colors, casting Ella from the social circles and leaving her a social pariah. Even her wealth can’t buy her the kind of marriage she wants. Desperate to find a husband who can accept her despite her scars and, without knowing about her money, she seeks to become a mail order bride.  Matchmaker & Co. has a new client.

Nathan Ravenclaw was run out of town by the father of the girl he was courting once he discovered Nathan’s Arapaho Indian heritage. It didn’t matter he was a successful rancher, businessman and a positive member of society.  The white community suddenly saw only a half-breed. Even his money couldn’t buy him a wife. That was ten years ago.  He moved and rebuilt everything that cold rancher took from him except a wife.  Matchmaker & Company can get him a wife.  But Nathan is not expecting the beauty that waits for him on the train platform.  Though he still lacks the ability to trust, he determines that she will be the wife and mother he needs.

Can these two people find love and healing together? Or are their scars too deep to bridge the gap between trust and acceptance?
LINKS:

Excerpts
She arrived in Denver on April 6, 1868.  A date she would forever remember as the start of her life.  It was almost like another birthday.
The weather was cold with the wind off the plains toward the mountains.  The buildings weren’t as tall as in New York, but the wind still whistled between them and over the platform where she stood.  She was glad of her good wool coat and lined boots.  They kept her warm while she waited for Mr. Ravenclaw to find her.  There wasn’t anyone else wearing a veil so she didn’t think he’d have much problem identifying her.
She wasn’t really sure what she expected, but it wasn’t the tall, devastatingly handsome man that approached her.  He had a square jaw shaved clean and a tiny dimple in his chin.  Black eyebrows slashed over his eyes, the color of which was hidden by the shadow from his hat, pulled low on his head.  For once she was glad of her veil.  He wouldn’t be able to see her mouth hanging open, gawking at him.
“Miss Davenport?”
“Yes.  Are you Mr. Ravenclaw?”
“I am.”
She held out her hand.  “Ella Davenport.”
He removed his glove and enveloped her hand in his big one.  His fingers brushed the skin of her wrist just above her glove.  The tingle that traveled clear to her toes was unexpected and her gaze snapped up to his.  She looked up into the most beautiful blue eyes.  They seemed to question what was happening between them as much as she did.
He held her hand for what seemed like a lifetime and they simply starred at each other.
“Miss Davenport….”
“Ella.  Please.”
“Ella.  I would like for you to lift your veil.”
“Are you sure you want to do this in public.  It can be…shocking.”
“I’m sure.”  He squeezed her hand and then let go.
“Very well.”  She lifted the heavy lace, prepared for him to be taken aback by the ugliness of it.  She wasn’t prepared for him to lift his hand and gently trace the scar all the way from her left eye over her cheek and down her neck to the top of her collar.
There was no disdain on his face.  His blue eyes took in everything and accepted it, but even so he said the last thing she expected.
“You are a very beautiful woman.”
She stood there with her mouth open until he raised her chin with his knuckle.
“Why are you surprised?  Surely you have heard the compliment before.”
She shook her head to clear it and find her tongue.  “Not since the accident, except from my brother.  But he’s biased.  He loves me.”
“He but states the obvious.  Your scars do not detract from your beauty.”
“I must thank you because good manners dictate it.  However, I believe we should see about getting you some glasses.”
He laughed.  A rich, deep baritone.  “I’m glad you have a sense of humor.”
She stared back at him, incredulous, “Who was joking?”


The Author
Cynthia Woolf was born in Denver, Colorado and raised in the mountains west of Golden. She spent her early years running wild around the mountain side with her friends. 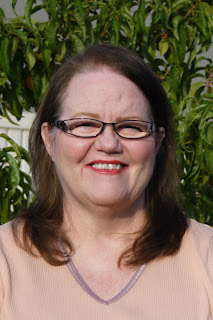 Their closest neighbor was one quarter of a mile away, so her little brother was her playmate and her best friend. That fierce friendship lasted until his death in 2006.
Cynthia was and is an avid reader. Her mother was a librarian and brought new books home each week. This is where young Cynthia first got the storytelling bug. She wrote her first story at the age of ten. A romance about a little boy she liked at the time.
She worked her way through college and went to work full time straight after graduation and there was little time to write. Then in 1990 she and two friends started a round robin writing a story about pirates. She found that she missed the writing and kept on with other stories. In 1992 she joined Colorado Romance Writers and Romance Writers of America. Unfortunately, the loss of her job demanded she not renew her memberships and her writing stagnated for many years.
In 2001, she saw an ad in the paper for a writers conference being put on by CRW and decided she'd attend. One of her favorite authors, Catherine Coulter, was the keynote speaker. Cynthia was lucky enough to have a seat at Ms. Coulter's table at the luncheon and after talking with her, decided she needed to get back to her writing. She rejoined both CRW and RWA that day and hasn't looked back.
Cynthia credits her wonderfully supportive husband Jim and the great friends she's made at CRW for saving her sanity and allowing her to explore her creativity.
Find more about her at: www.cynthiawoolf.com

Don't miss her tour starting on May 2nd!

There will be interviews, guest posts, reviews and a super giveaway!