My Favorites For The @TwiAngstContest 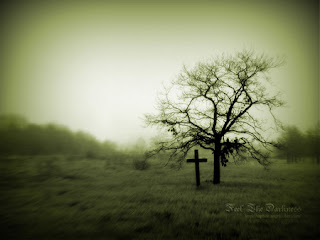 Season of Our Discontent was a fabulous and highly anticipated contest. And if you love angst as much as I do, I am positive you were chomping at the bit as each entry was posted. And because it was a contest and anonymous to boot, all sites were asked to refrain from promoting any particular story individually but we could promote the contest on a whole. But now with the announcement of the winners, we are free to chat and promote away!
Back in August when the contest was announced, I posted the announcement and I used prompt #1 as the banner. It is the same picture that I am using on this post. To me, it epitomizes so much of what angst truly is and just reached out to me. It was by far my most favorite and the most difficult of the 10 prompts offered.
I read each and every entry that came in and was thrilled there were so much participation. No two stories were a like, each had very unique angles, and all hurt my belly in some form or another. It was by far one of the best contests I have seen in the fandom and can only hope it continues yearly.
I chose two stories as my favorites for entirely different reasons. I have re-read them countless times and still can not pick one over the other. I hail the judges trying to choose the outcome, very difficult task they undertook.
My Favorites -
Face the Rain by Sarita Dreaming
This story used prompt #1 so naturally I was immediately drawn to it. It was definitely a good sign. It really wasn't an easy prompt at all but if it spoke to you, it would be an amazing story. And it is. The writer has even said there is a possibility of a future take. I would love that. To know how Edward turns out? A continuation of a one shot is always a thrill for me.
Summary: Edward Masen had it all. One tragic night changed everything. A night forever etched behind his eyes. A cross, a gnarled tree, a necklace, and a girl with beautiful brown eyes. All paths lead back to her, but is it enough to save a dead man walking?

Face The Rain is a story of desperate despair and self destruction. Of mistakes, assumptions, and misplaced guilt slowly eating away at any hope for a future. It ends with the hope of a slowly evolving new beginning. We don't know if there is a HEA for Edward, but there is the thought that maybe there could be.


"Gazing up to where she's pointing, I see several tiny green leaves budding on the branches just over our heads. I swear I can hear the booming laugh of my brother and feel his hand on my back."

A Swirl of Circles and Stars by Tkegl


This story used prompt #9. After reading the story, I understood the choice but can not for the life of me figure out how the writer came up with her story, but what a breathtakingly amazing story it is.
Summary: All his life, Edward Cullen has had visions of the future…visions that always came true. But when he foresees a tragedy that could cost him everything, he'll do whatever it takes to keep it from happening.
A Swirl of Circles and Stars broke my heart and still does every time I read it. A story of tragedy that slowly slips in to the realm of madness. In this story, Edward's hope and salvation is the madness. There is no HEA except in Edward's mind, if you choose to look at it that way. That's what I saw, his happiness in the end, as disturbing as it was.


"But one thing always remained the same.
Edward, his face weathered and wrinkled, wild hair white with age, sitting at the same worn picnic table, his arm extended in front of him, palm up.
He laughs, unseeing eyes glowing with love, and a beatific smile on his face."