Chicago video producer, Ellie Foreman, has been absent from thriller author Libby Fischer Hellmann’s repertoire for almost a decade. Now she’s back...and soon entangled in a web of espionage, murder and suspicion that threatens to destroy what she holds most dear.

Hired to produce a candyfloss profile of Chicago-based aviation giant, Delcroft, Ellie is dismayed when company VP Charlotte Hollander, the architect of a new anti-drone system for Delcroft, trashes the production and cancels the project. Ellie believes Hollander was spooked by shots of a specific man in the video footage. But when Ellie arranges to meet the man to find out why, he’s killed by a subway train before they can talk. In the confusion, she finds a seemingly abandoned pack of cigarettes with a flash drive inside that belonged to the now dead man.

Ellie has the drive’s contents decrypted, but before long she discovers she’s under surveillance. Suspecting Delcroft and the ambitious Hollander are behind it, she’s unconvinced when Hollander tells her the dead man was a Chinese spy. Ellie and her boyfriend Luke try to find answers, but they don’t realize how far they’ve gone into the dangerous echelons of hidden power where more lives are on the line, including their own.

"From spies to drones and hackers, Jump Cut is a heart-stopping tale of corporate espionage that will have you snapping on your seatbelt. The tangled web of international intrigue is riveting. Hellmann is a renowned master of suspense, and her great talent shows in the story¹s many rich characters, the beautifully honed paragraphs, and the sweep of her provocative story. A keeper!"

"With spooks, spies, sudden death and double-crosses, Jump Cut hits all the right notes for a top-notch action thriller. Once again Ellie Foreman is a thoroughly likeable real-world heroine, fiercely protective of those she loves, thrown in at the deep end and swimming for her life. Don¹t miss it!"

‹Zoë Sharp, author of the Charlie Fox series and The Blood Whisperer

"Welcome back Ellie Foreman! Jump Cut rockets to a stunning but thrilling climaxŠ Another winner from the standout Chicago novelist Libby Hellmann."

"After a long hiatus, Hellmann returns to her Chicago-based sleuth with a chilling tale that may be all too close to the truth."

Tiny clouds of dust exploded whenever the boy kicked the stone down the road. He’d found it two hundred yards back as he skirted the herd of cattle. Flat and round, it looked like a small naan baked by the men in the village, except it was black. That was unusual around these parts; the summer sun bleached everything, including rocks, pasty white. A good omen, he thought, and he made sure to kick with his right foot, to lengthen the trajectory of the stone.

His destination was the madrassa at the village mosque. In a few weeks, he’d be picking cotton in his family’s fields, but until the plants blossomed and the bolls split apart, his parents allowed him to attend school. The boy didn’t know how much longer that would last. But the boy didn’t go very often. Over the past few months the atmosphere at the mosque had changed. Now a palpable energy bounced off the stone walls. Men he didn’t know, men with flowing robes and beards, had come to the village, talking urgently about things he didn’t understand.

He tried not to take notice. Only nine, he was more interested in playing tag, learning football, and sucking down the sweets his parents allowed him when they traveled into the city of Aksu three hours away. But it was difficult not to listen when the men sat all the boys down and lectured them about joining jihad. In fact, when he told his father about it one evening, his father scowled and put down his pipe.

“These men are not our kind. They speak of matters that do not concern us. They are dangerous. If you are not careful they will bewitch you. Put you under a spell that will make you leave your home and family and travel across the desert with them.”

The boy’s eyes grew wide, and he threw his arms around his father. “I will never leave you, Dada,” he said. “Or Ana.”

His mother kissed the top of his head. “We know that, Yusup.” But above his head she and his father exchanged a worried glance. “I have an idea,” she said after a moment. “Why don’t we go into Aksu tomorrow? All three of us. I have some shopping to do, and afterward we can go to the Internet shop and call your sister.”

“On the Skype,” his father cut in.

“Yes. The Skype,” she repeated. She shook her head. The wonder of the technology still astonished her. “It is like she is in the next room, not halfway around the world.” She smiled.

“Our world is changing,” Yusup’s father said. “Soon, my love, everyone will know about us. And they will come to our aid.”

His mother straightened up. “I pray you are right.” They exchanged another glance. The boy caught it but didn’t know what it meant. He was excited at the prospect of going into town. They were too poor to have their own computer, but he was spellbound by the machines and their power. When he grew up he wanted his own Internet café with all the monitors and printers and Internet connections. He was a curious child, his parents said. Like his sister. To be able to contact anyone on earth at any time, to explore the world whenever he wanted, was the most thrilling activity he could imagine. Already he was anticipating what he would look for tomorrow. His sister always gave him suggestions for places he could search on the Google.

“Of course, we will only go if you have done all your chores,” his father said.

So Yusup made sure to feed the goats and cows, sweep the floor, and help Ana in the kitchen. Still, it was early when he finished, and there was nothing to do. Most of his friends were at the madrassa. His parents gave him permission to meet them at the close of instruction. He hoped someone would have a ball.

He kissed his parents good-bye and set out for the madrassa. On his way to the village he passed the stream, flush from the spring thaw. The stubbles of grass that sprouted on its banks were a stark contrast to the red rocky mountains that hung heavy and silent in the distance. This was his corner of the world, but he wondered what other places looked like. He’d seen pictures of big cities like Beijing and Shanghai. And, of course, the American cities of New York and Chicago, where his sister now lived. He swung his arms and smiled as he kicked the stone. He had much to look forward to: an afternoon of football with friends, and tomorrow a trip into town.

A few huts indicated he was nearing the village. He quickened his pace and soon the squat buildings of the mosque, the village hall, and the marketplace came into view. He leaned over, picked up the stone, and slipped it into his pocket. As he did, a buzzing sound above pierced the silence. He looked up. He couldn’t see anything, but the whining persisted. Sometimes he caught a glint way up in the sky. His father had said those glints were airplanes full of people traveling around the world. He expected to see the sun reflecting off one now and waited. But there was nothing: no reflection, no metallic glitter. Instead, the buzz got louder. Like thousands of wasps hovering inches from his ears.

He started to jog toward the village buildings. Something was wrong. He needed to get inside. Protect himself from the wasps. All at once a hissing sound mixed with a soft thwack overpowered the buzz.

A great white light flashed and obliterated all sight and sound. 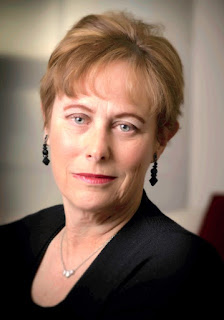 Libby Fischer Hellmann left a career in broadcast news in Washington, DC and moved to Chicago 35 years ago, where she, naturally, began to write gritty crime fiction. Twelve novels and twenty short stories later, she claims they’ll take her out of the Windy City feet first. She has been nominated for many awards in the mystery and crime writing community and has even won a few.

With the addition of Jump Cut in 2016, her novels include the now five-volume Ellie Foreman series, which she describes as a cross between “Desperate Housewives” and “24;” the hard-boiled 4-volume Georgia Davis PI series, and three stand-alone historical thrillers that Libby calls her “Revolution Trilogy.” Last fall The Incidental Spy, a historical novella set during the early years of the Manhattan Project at the U of Chicago was released. Her short stories have been published in a dozen anthologies, the Saturday Evening Post, and Ed Gorman’s “25 Criminally Good Short Stories” collection. In 2005 Libby was the national president of Sisters In Crime, a 3500 member organization dedicated to the advancement of female crime fiction authors.