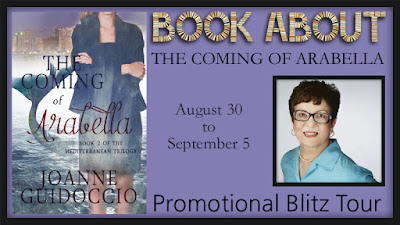 On the day of her engagement party, an ex-mermaid’s life is disrupted by the unexpected arrival of another mermaid—a sister she has never known. Under normal circumstances, Barbara Davies would be overjoyed, but her special day is already wrought with tension. While Barbara is not the first mermaid from the Mediterranean kingdom to settle in small town Ontario, she has yet to reveal her origins to her fiancé. So when Arabella, the gorgeous sister whose disturbing black eyes banished her to the island of Crete, saunters into her life, clutching the arm of Barbara’s discarded lover, a powder keg of emotion is released.

Relationships falter and careers stall as envy stirs in the hearts of the sisters. On the verge of meltdown after her fiancé leaves Canada for a teaching job in Vermont, Barbara flees to Arizona hoping for a reprieve. There, she finds solace at a retreat for ex-mermaids and a second chance at love with a charismatic preacher. As she contemplates a new life in the desert paradise of Sedona, shocking secrets emerge and tragedy strikes. A stronger and wiser Barbara rises up to face these new challenges and embrace the best parts of her mermaid heritage.

An eerie, buzzing noise startled both women. Everyone in the restaurant stopped speaking, and the waiters huddled together near the entrance. One of the chefs came out of the kitchen and headed toward the waiters. The noise continued for almost a minute and then abruptly stopped.

“The aliens have landed,” the man joked at the next table.

Everyone laughed and resumed speaking. The chef went back to the kitchen, and the waiters resumed their tasks.

“Wonder what that was?” Barbara’s voice quavered.

But Belinda wasn’t listening. Her right hand trembled as she glanced down at her phone. She flashed the phone at Barbara, who gasped when she read the short message: Mermaid arriving in Carden. Enroute from Toronto.

Belinda grabbed Barbara’s arm. “You must contact Graham at once. Before she arrives.”

“He’s somewhere on the highway between Windsor and here. I can’t tell him everything over the phone.” Barbara thought back to the previous morning when she had awakened to the tickle of a beautiful red rose. As soon as she opened her eyes, Graham kissed her passionately and apologized once more for leaving her with the last-minute details of the engagement party, but it couldn’t be helped. One of his clients had expressed interest in a series of paintings, and Graham was anxious to close the sale.

You must tell him before she arrives,” Belinda said sharply.

“She could be anyone from the tribe, anyone at all.” Belinda threw the phone into her purse.

“That strange sound came from your phone?”

“That’s how the underwater Kingdom communicates with me.” Belinda drummed her fingers on the table. “Usually, I get more details, but—”

Barbara wondered about the phone that could easily have been purchased on Earth. Like all other digital devices from the mermaid Kingdom, it did not stand out in any way. She wondered if any other ex-mermaids had such a phone but quickly dismissed that possibility. Unlike Belinda, they were not Bellas so it wouldn’t make sense to entrust them with a direct link to the Kingdom.

“It may not be so bad,” Barbara said. “It might be nice to have another ex-mermaid in our midst.”

“You’re making the assumption that she will be pleased to see you.”

In high school, Joanne dabbled in poetry, but it would be over three decades before she entertained the idea of writing as a career. She listened to her practical Italian side and earned degrees in mathematics and education. She experienced many fulfilling moments as she watched her students develop an appreciation (and sometimes, love) of mathematics. Later, she obtained a post-graduate diploma as a career development practitioner and put that skill set to use in the co-operative education classroom. She welcomed this opportunity to help her students experience personal growth and acquire career direction through their placements.

In 2008, she took advantage of early retirement and decided to launch a second career that would tap into her creative side and utilize her well-honed organizational skills. Slowly, a writing practice emerged. Her articles and book reviews were published in newspapers, magazines, and online. When she tried her hand at fiction, she made reinvention a recurring theme in her novels and short stories. A member of Sisters in Crime, Crime Writers of Canada, and Romance Writers of America, Joanne writes paranormal romance, cozy mysteries, and inspirational literature from her home base of Guelph, Ontario.

Other Titles by Joanne Guidoccio