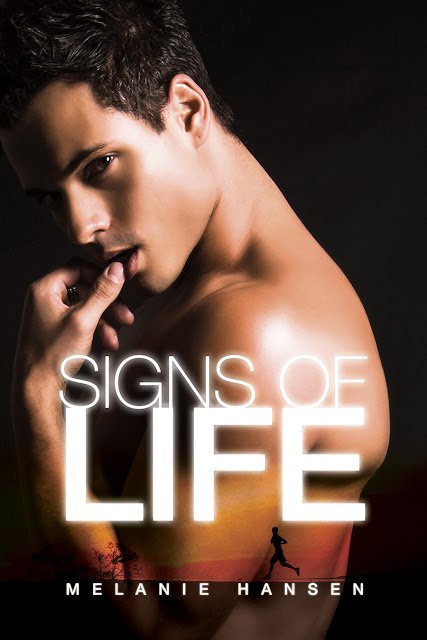 Successful lawyer Jeremy Speer has it all—a loving husband, a beautiful home, and a cherished dream that’s about to become reality. He’s learned not to take happiness for granted, meeting the challenges of life and love head-on with unwavering commitment and fierce devotion. A series of tragic events leave Jeremy shattered, adrift on a sea of unimaginable pain. He’s able to piece his life back together, but instead of embracing it, he merely exists, using isolation and punishing physical exertion to keep the world at bay.

High school teacher Kai Daniels has a heart for at-risk kids—he was one himself, and a teenage brush with the law and some troubled years behind bars left him scarred inside and out. With courage, hard work, and the support of friends, he’s built a fulfilling life that leaves no time for a relationship.

An intense encounter with Kai at a gay club ignites a spark in Jeremy that he thought was extinguished forever, but he’s unwilling to destroy the fragile peace he’s managed to create, and he leaves Kai humiliated and disappointed. Things should have ended there, but a bizarre occurrence brings the two together in a way neither of them expected.

The world wasn’t supposed to end on a day like today, a day when the sky was a brilliant blue and the sun was shining, the temperature so perfect and mild that the air felt… soft, caressing. It wasn’t supposed to end while children were playing in their front yards, free for the day from the confinement of school, laughing with joy, enjoying the innocent pleasures of childhood.

The world wasn’t supposed to end at all, not like this. Not while Jeremy was standing on his own front porch, the smell of the pot roast Brent put in the crockpot that morning wafting from the open doorway Jeremy stood in front of, listening as a grim-faced police officer said words like “accident” and “hospital” and “serious.”

“But he just went to pick up our dry cleaning,” Jeremy said stupidly for the third time, and he wondered at the pity that crossed the officer’s face.

“Sir, you need to get to the hospital right now. Mr. Speer has you listed on his emergency info as next of kin, and the doctors will have some questions.” The officer’s tone was gentle, almost too gentle, like he was trying to keep Jeremy calm.

Jeremy just stood there, not wanting to face it. Brent was finally doing better, so much better, and now this? A painful injury could send him spiraling back down into the black hole he’d just climbed out of, and at the thought of it, Jeremy was suddenly exhausted, so emotionally tired.

“Sir, we need to go. Let me drive you to the hospital.” The officer’s insistent voice snapped him out of those disloyal thoughts, and Jeremy was bitterly ashamed of himself. For better or for worse, he told himself fiercely, remembering whispering those words time and again in Brent’s ear while wiping the tears from his cheeks with his thumbs, doing his best to comfort and soothe.

Jeremy nodded, reaching out to grab his wallet, keys and phone from the little basket just inside the door. The officer waited while he locked up, then led him to his patrol car. As Jeremy started to climb into the front passenger seat, he suddenly remembered something.

“Oh!” he exclaimed. “I should turn off the crockpot. He worked so hard on dinner, I don’t want it to be ruined.”

“Sir, we really need to—” the officer began, but Jeremy turned and started hurrying back toward the house.

“It’ll just take a second,” he called over his shoulder, digging around in his pocket for his keys, dropping them a few times before fumbling the front door open with shaking hands and rushing across the kitchen to flip off the crockpot. What are you doing? Who cares about the fucking food?

On the way to the hospital he wondered how badly Brent was hurt. After all the dry cleaner was only about two miles from home, and most of the journey there was on side streets, neighborhood streets. Whiplash, some cuts and bruises, maybe a broken bone?

Later Jeremy would wonder at his cluelessness, should have known a few bumps and scrapes wouldn’t warrant an officer being sent to his house to get him. It was like his mind and heart were doing their desperate best to protect him, to insulate him, for just a few more precious minutes. Because the world wasn’t supposed to end today, not ever, not like this.

Melanie Hansen has spent time in Texas and Florida prisons…for work. She’s been in a room with a 17-year-old mass murderer who was also one of the most soft-spoken and polite teenagers she’s ever met. After a 13-year career as a court reporter, she can tell many stories both hilarious and heartbreaking.

She grew up with an Air Force dad, and ended up marrying a Navy man. After living and working all over the country, she hopes to bring these rich and varied life experiences to her stories about people finding love amidst real-life struggles.

Melanie left the stressful world of the courtroom behind and now enjoys a rewarding career transcribing for a deaf student. She currently lives in Arizona with her husband and two sons.