I've never wanted anyone as much as I’ve wanted Ryan Blair. What I didn’t know is that he wants me, too!

Kali goes to a masquerade party dressed as a sexy sub. She shouldn’t let her friend talk her into it, but behind the anonymity of the mask, Kali's inhibitions fade away.

Ryan Blair has wanted Kali from the first moment she started working for him six months ago. So when he sees a stunning stranger in a mask and sub costume who could easily pass for Kali, he decides to play out the fantasy of mastering his sexy little secretary. Maybe that will alleviate his constant yearning for her.

When her wealthy, masterful boss takes Kali to the heights of ecstasy, not even knowing it’s her, things start to spin out of control.

When Ryan figures out that she was his Cinderella sub, their days in the office become a roller coaster of passionate, mind-blowing sexual pleasure. But Kali quickly realizes that all there will ever be between them is sex and she needs so much more than that.

Should she walk away now before the pain of losing him becomes too much?

“Where have you been?” Serena asked as Kali raced along the pavement toward the limo.

The driver opened the door and Kali slid inside, followed by her friend.

“I…” Kali sucked in another breath, panting. “I’m sorry I’m late.” She sucked in more air, trying to catch her breath. “You won’t believe what happened.”

The driver closed the door.

The car started to move.

“He fucked me all right? Is that what you want me to say?”

Serena laughed. “You bet it is.” She squeezed Kali’s arm. “So you finally got to fuck your boss. How great is that? Now tell me details.”

Kali’s cheeks heated. “He danced with me, then he… uh… he said since I was dressed as a sub, did that mean I wanted to be dominated.”

Serena’s eyes widened. “Really? And what did you say?”

“I didn’t say anything. I didn’t want him to recognize my voice. But he said he figured I wanted to be anonymous, so I would be his mystery woman. He wouldn’t touch the mask and I wasn’t to speak. And he told me I had to do whatever he commanded.”

Serena rested her flattened hand on her chest. “Be still my heart.”

Kali laughed, suddenly overcome by giddiness at all that had happened.

“I thought you liked being the dominant one.”

“I do,” Serena said, “but that doesn’t mean the thought of being dominated doesn’t thrill me. Then what did he do?”

“He took me to his room and pushed me down in front of him, ordering me to suck his cock.” Kali felt a thrill as she confessed her experience to her friend. “He stopped me before he came, then turned me around and bent me over the bed, then took me from behind.”

“Then after we were done, he stroked me until we were both turned on again, and he sat in a chair and told me to fuck him.”

“Oh, honey, you’re my hero. If I didn’t think it would freak you out, I’d push you down right now, and lick your pussy clean.”

Serena laughed. “I said I wouldn’t do it. I know it would make you uncomfortable. But fuck, honey, you have me so hot. If you won’t do me, I might just have to fuck the driver.”

“Are you kidding?” Kali really wasn’t sure. Serena could be pretty wild.

Instead of answering, Serena just smiled.

When the limo arrived at her house and Kali got out, Serena followed her out of the car.

“I thought you were heading home?” Kali asked.

At her words, the driver opened the passenger door for her, then closed it with a smile.

A tremor rippled through Kali as she realized Serena hadn’t been kidding about the driver. 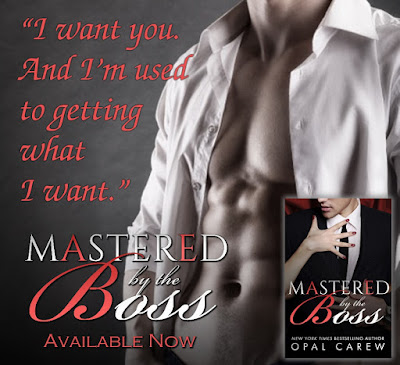 Opal loves crystals, dragons, feathers, cats, pink hair, the occult, Manga artwork, Zentangle, and all that glitters. She earned a degree in Mathematics from the University of Waterloo, and spent 15 years as a software analyst before turning to her passion as a writer. She grew up in Toronto, and now lives in Ottawa with her husband and three cats. One of her sons just finished a Masters degree at Sussex University in the UK and is now pursuing a second Masters at Carleton University in Ottawa. The other son just finished his undergraduate degree at Carleton University. Yes, mom is proud!