Cactus Creek's most romantic eligible bachelor, new-to-town and new-to-singlehood chocolatier Luke Bradford believes in old school romance, fighting wars waged over love, and deploying his dimples whenever an impossible-to-resist woman instigates it.  But for once, he's trying not to platter up his heart to get stomped on.  Luckily, he has a brand new hobby to keep him from falling: 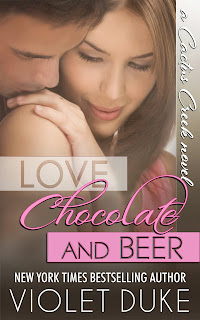 Cactus Creek's feisty brewmaster and town sweetheart Dani Dobson cannot believe how well that maddeningly charming man next door with all his chocolate-covered romantic idealism--the kind her heart has been shattered by before--can push all her buttons.  If she's not careful, he'll sneak right past all her defenses.  Luckily, she has her go-to hobby to keep her mind off him:

...playing her own version of cupid for everyone in town but herself.

When Dani and Luke's inexplicable chemistry escalates their ensuing chocolate and beer feud into so much more, old wounds and new demons surface to bring them face-to-face with exactly what they've been protecting themselves from:

...the kind of love that can break their hearts all over again.

She’s the Self-Proclaimed Wicked ‘Witch’ of the West 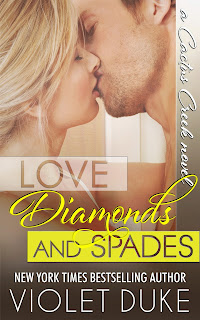 Fiercely independent single mom Quinn Christiansen is used to flying solo. She’s been raising her young son and figuring out how to pay his pediatric hospital bills on her own for years now. And truth is, Quinn loves the notorious reputation she’s already gained in town of having a heart too hard for any man to break. Because it is. Two carats too hard, to be exact. Courtesy of the two-carat heirloom she’d had to barter to cover her ex’s debts when he took off after she got pregnant. The day she’d promised herself never again.

So color her pissed when the universe goes and decides to make the one man in Cactus Creek not afraid of her natural ball-busting charm another gambling musician. A ridiculously handsome, wickedly gruff and gritty, pushy one at that.

He’s Everything She’s Sure She Can’t Possibly Want

Rylan Grey isn’t used to getting a woman so worked up…well, not in a bad way, at least. But somehow, his mere existence seems to annoy the guarded and gorgeous Quinn to no end. Surprising, really. A dirt-and-jeans landscaper by day with a regular gig to perform for a packed house by night, Rylan considers himself a decent guy. Sure, he’s made some gambles to get to where he’s at, but they were all of the life variety, with risks as important as the rewards, fate betting as the house, and not a single dollar in play.

While Rylan never wagers anything he’s not willing to lose—namely his heart—he’s more than ready to ante up once he sees past Quinn’s icy defenses. Quick as a firecracker, loyal to a fault, and sweet when no one’s looking, she could be his riskiest gamble yet.

"Heart-melting and guaranteed to make you laugh and cry before you finish the last page." -- New York Times Bestselling Author Sawyer Bennett

He's a better fighter...but she has all the weapons. 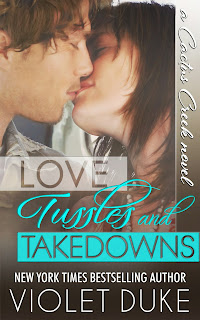 After his combat injuries retire him from the military career he wasn't ready to give up, battle-scarred Hudson Reyes now spends his new life as a movie industry fight scene and weapons specialist simply doing what he knows best: surviving.

Until he meets her. The one woman who makes him want to live again.

An antique arms authenticator with a lifetime of martial arts training, Liana Lin has made a living turning the demons of her past into the passions that fuel, and fill, her life. She's a scrappy little thing. A sweet, angel-faced wrecking ball to his good intentions capable of making him laugh, and turning him inside out. Hell's bells, watching her execute that wicked roundhouse kick of hers shouldn't be a turn-on--especially not when his head is the receiving target--but hot damn, it is. She's a fiery, unpredictable paradox who wears her heart on her sleeve, despite the wounds he knows she has hidden as deeply as he hides his own.

Even though she's everything he's told himself he can't have, Hudson can't help but want her. Sure as sin, if one woman could sneak past the barbed wires he's wrapped around his heart, it'd be Lia.

Now if only they could stop sparring long enough to find out...

He may very well be the perfect ex... 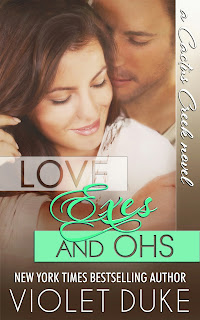 Isaac McKnight has had enough loss in his life to know never to take anything for granted. So when the perfectly-imperfect-woman-for-him puts an end to their relationship out of the blue, it's Isaac that makes sure they remain friends. Now a year later, whether it's at his gym or her brewpub, or the dog park they visit every weekend--though neither of them own a dog--he and Xoey are steadily getting sucked deeper into buddy-zone galaxy, with its dangerous proximity to watch-me-settle-down-with-someone-else abyss. It's a reality he's resigned himself to. That is...until one drunken confession changes everything.

But she's looking for the perfect oh...

For Xoey Montenegro, history has taught her that sometimes, it's Prince Charming who vanishes without a trace. And fairytale love? Highly overrated. Heck, give her a real and perfect 'oh' over that fantasy any day. So as far as rock-solid tequila-fueled plans for her love life go, coming up with a match-finding formula based on the qualities of the men responsible for her three most epic ohs seems brilliant. Except for the fact that one-third of her genius little man-quation is all about her friend Isaac. Actually, more than a third if Xoey were being honest with herself--which she's not. Because full honesty would require thinking not just about how perfect Isaac really is, but also about how perfect the fourth epic oh she's kept buried deep in her past once was.

An easy enough thing to keep ignoring...until her past isn't past tense anymore.

NEW YORK TIMES & USA TODAY bestselling author Violet Duke is a former professor of English Education who is ecstatic to now be on the other side of the page writing wickedly fun contemporary romance novels.

Her NYT and USA Today bestselling books have been Top 10 bestsellers across the major eretailers both in the US and internationally. When she's not writing or feeding her book-a-day reading addiction,

Violet enjoys tackling reno projects with her power tools, trying pretty much anything without reading the directions first, and cooking 'special edition' dishes that laugh in the face of recipes.

A born and raised island girl, she spends her days getting into creatively fun trouble in Hawai'i alongside her two cute kids (daughter Violet & son Duke) and similarly adorable husband.