We are so excited to host the Blog Tour of Ravished by Ayden K. Morgen.

As part of the tour - 50% of all sales will be donated to the Love146 charity to end child trafficking and exploitation the first week of the tour. 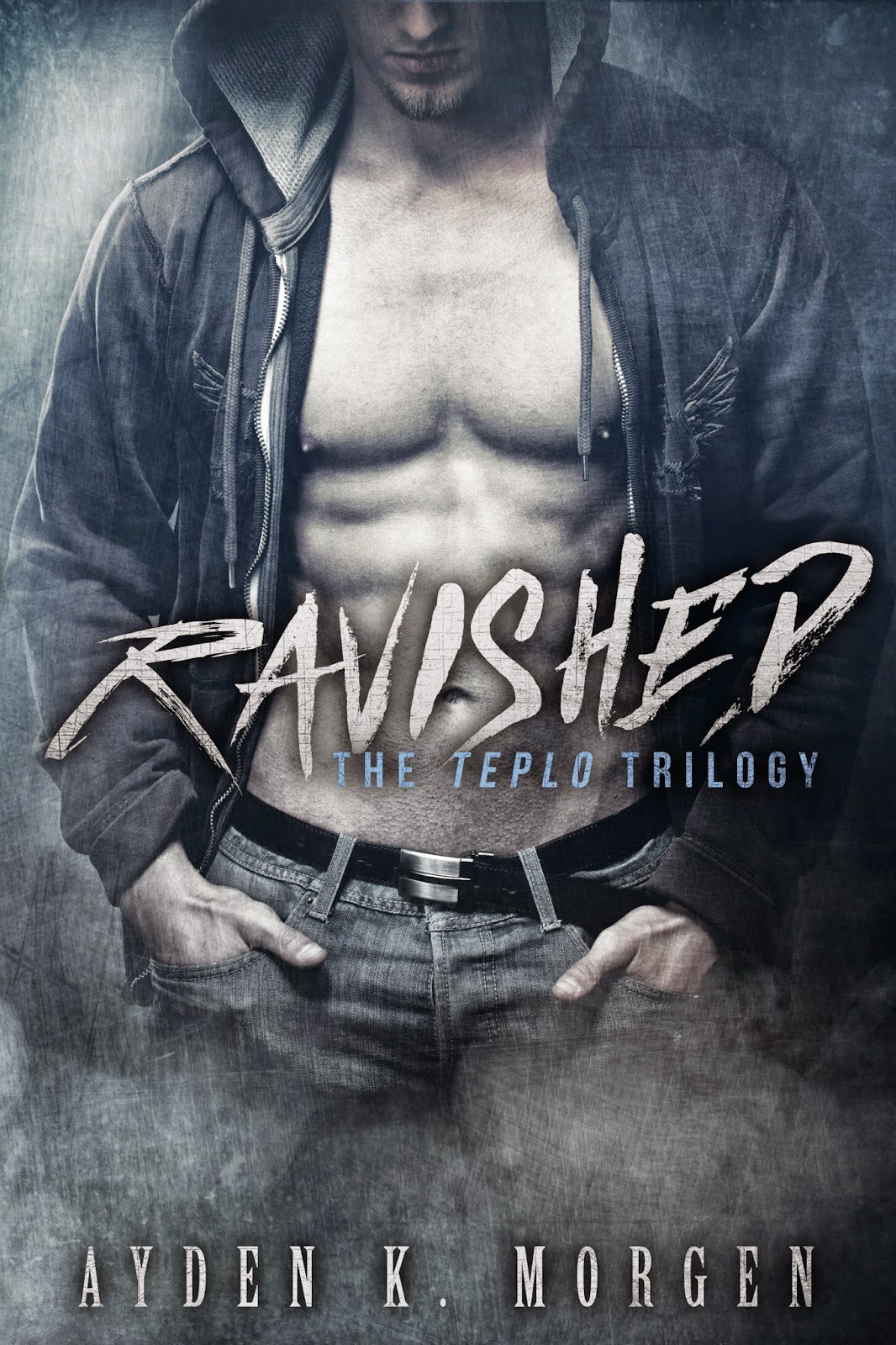 But Tristan isn't prepared for the intense connection between him and Lillian, or for the fallout of their tryst. In a matter of days, their lives careen wildly off course, catapulting them both into a deadly game of hide and seek with the Vetrov family and one of Mexico's deadliest drug cartels.

Trying to keep his hands to himself while working alongside Lillian to stop Anton Vetrov's deadly new drug proves almost impossible for Tristan, but what choice does he have when being with her might get her killed? He should know: his entire family was murdered by people just like Anton.

When the stakes are raised and innocent lives are lost, will Tristan be able to let go of the guilt, or will he destroy his chance at happiness with Lillian before it ever truly begins? 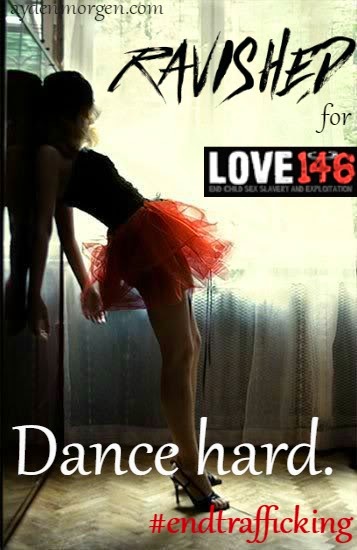 50% of sales will be donated during Release Week. 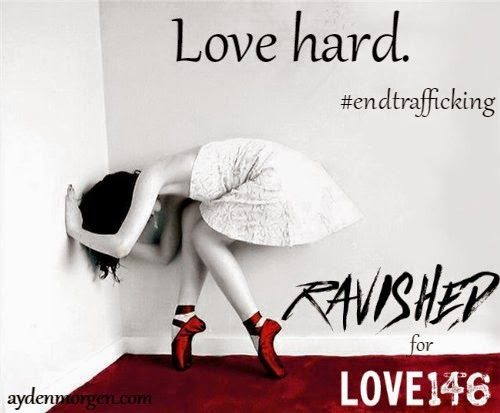 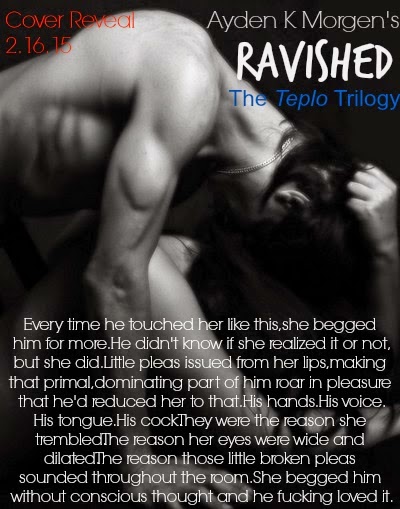 Lillian froze as soon as the frantic confession left his mouth.

"No," she said, no longer pulling him close but pushing him away. "No, Tristan. Let me go."

"Shit." Heat gave way to ice in an instant.

His arms slipped from around her as soon as her feet were on the ground. She stumbled and then righted herself, one hand pressed to her mouth and her eyes wide and wary in her flushed face.

"No." She shook her head, her hand still pressed to her swollen lips. Her expression hardened.

"Not going to what?" Her eyes flashed, daring him to answer that question.

He wanted to tell her he wouldn't walk away, but he wasn't so sure that was true. He wanted her, but he wouldn't fuck her when she'd only regret it, and she would have regretted it.

"It's not you," he told her instead, wishing he could take back the ill-advised words the moment they left his mouth. 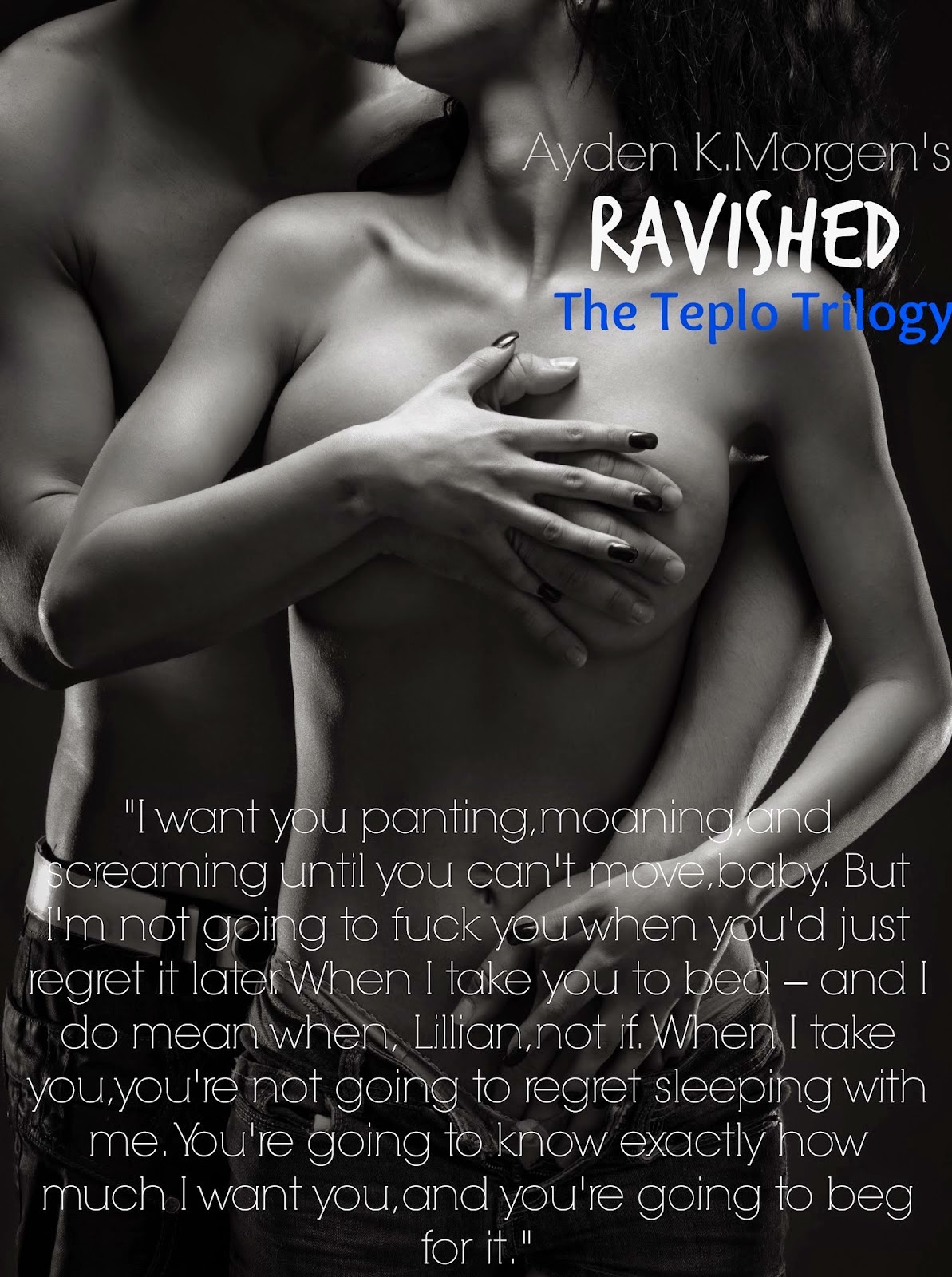 Lillian flinched as if he'd struck her, her face paling beneath the flush in her cheeks.

"Not me?" She laughed, the sound jagged and harsh, angry. "Right."

Way to go, you moron, he cursed himself.

"I want you, Lillian. That hasn't changed." He blew out a breath, frustrated that he couldn't seem to think straight around her, let alone find words to explain why he kept walking away from her. "I just-"

"You want me, just not enough." Her wide, angry eyes met his, held for a moment, and then darted away. She ran a hand through her hair, fingers catching in snarls he'd helped cause.

"Fine. What happens now?" The faint tremble in her voice screamed that he'd hurt her.

"I want you more than I did the first night," he said, ignoring her question.

They weren't doing that shit, avoiding the issue until one or the other of them snapped. Christ, his blood still boiled. His mind was clouded by her scent, her taste. And yet again, she got it all wrong, assumed he didn't want her enough when the problem was that he wanted her too much. But he didn't want her to hate him, and he certainly didn't want her to regret what he'd do to her when she finally gave in to him.

"Do you trust me, Lillian?" he asked instead of trying to explain.

She took another shaky breath and then cursed and squared her shoulders. Her expression firmed into one of cool resolve. 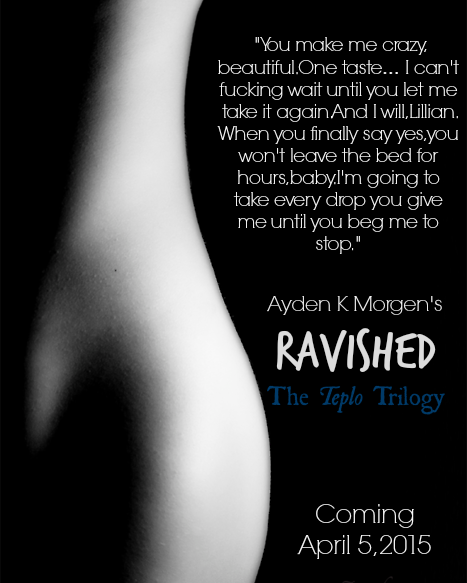 He nodded once, refusing to give in to the little ripple of hurt threatening to shoot through him at her answer. It wasn't like he hadn't expected that truth. Hell, wasn't like he didn't deserve it, either.

"I want you, Lillian. I want you against that fucking wall." He jerked his chin in the direction of the wall in question. "I want you bent over the table by the door. On the floor. In your bed. In mine. Across the street in the middle of the dance floor. Anywhere you'll let me and every way you'll let me." He looked at her, letting her see exactly how much he meant that.

She swallowed, her wide-eyed gaze darkening, held captive by his own.

He took a step toward her, reached out and tucked a strand of hair behind her ear. Sparks sizzled and popped where his skin met hers. He let his arm drop slowly, dragging his fingertips down her cheek and onto her neck before shoving his hands deep into his pockets.

Pitching his voice low, he killed them both with words and one long, heated looked. "I want you panting, moaning, and screaming until you can't move, baby. But I'm not going to fuck you when you'd just regret it later. 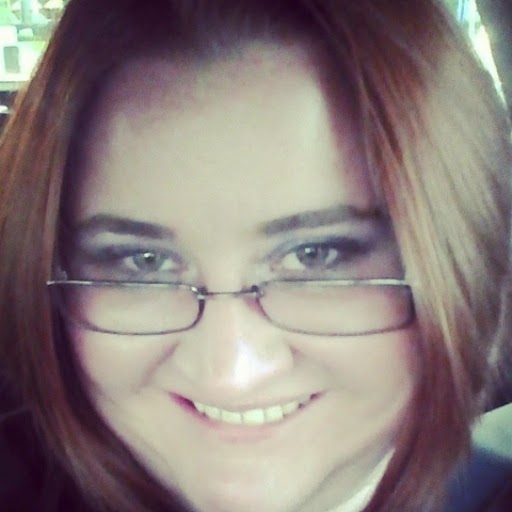 Ayden lives in the heart of Arkansas with her childhood sweetheart and husband of ten years, and their five furry minions.

She currently puts her education to use in the social and public services field. 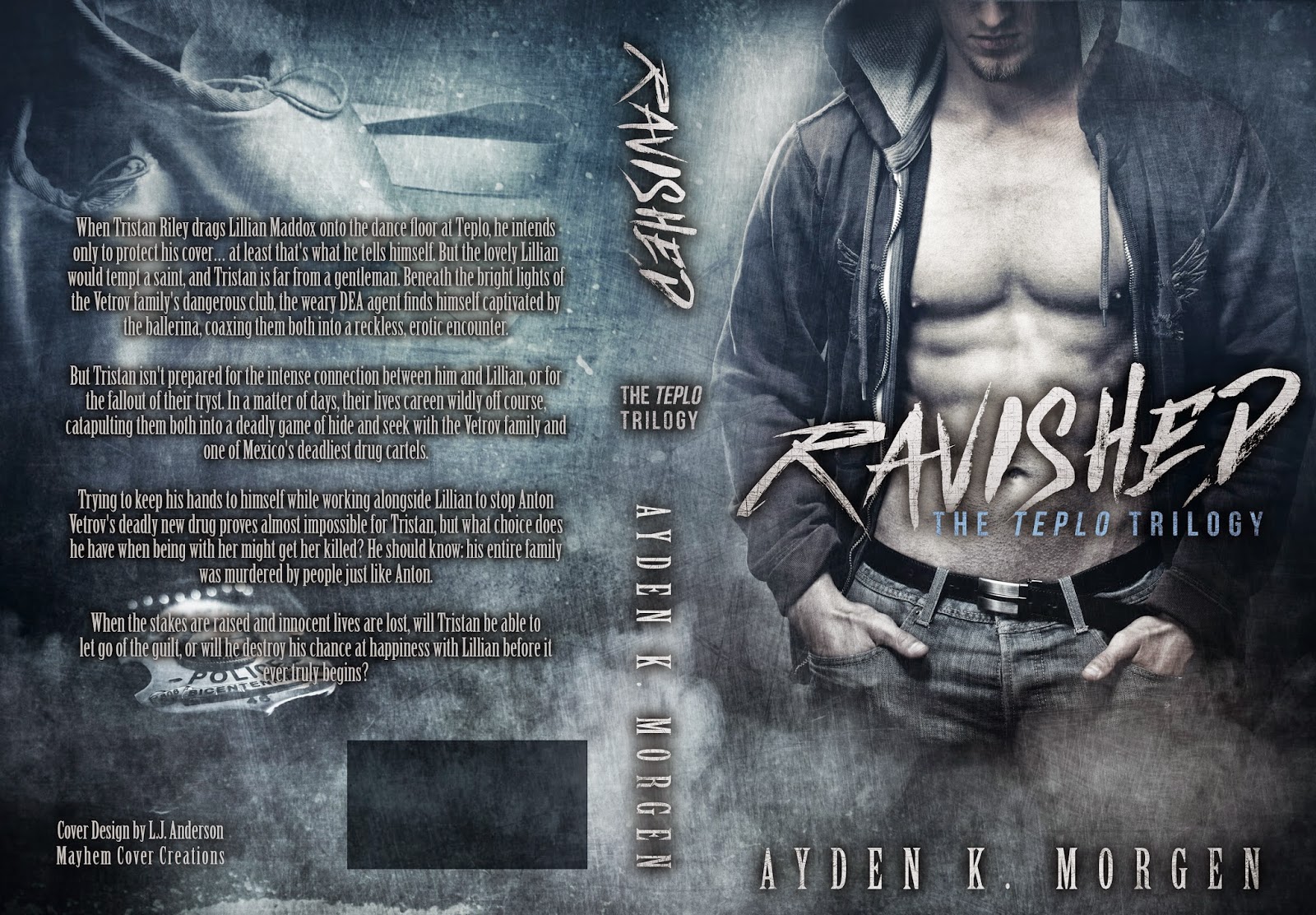