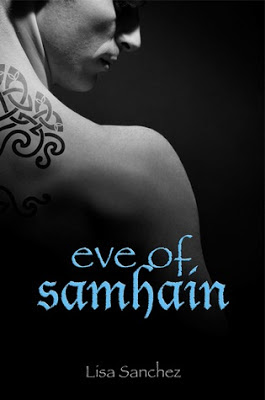 
As a college senior and server at Hanaford Park's hottest nightclub, twenty-one year old Ryann Pierce's plan was simple: work hard, make lots of money, and avoid the ass-grabbers at all costs. What she never planned for was Quinn Donegan—the living, breathing advertisement for sinful behavior that waltzed into her life.

With an angelic face, a hard body and a butt-load of charm, Quinn had a way with the ladies—a lot of ladies. Cursed with a deadly, addictive touch, his trail of indiscretion blazed across five hundred years. Tired and jaded, Ryann is a shocking revelation Quinn didn't see coming.

“How much do you know about Irish mythology? Faeries, their queen?” He pursed his lips and waited for my response.

“I see,” he said, and he sat back in his chair. “I suppose I should begin with a bit of history then. The Fae were an ancient race of beings that came from the great islands of the North. After being defeated in a series of battles with numerous otherworldly beings, as well as the ancestors of those who currently inhabit Ireland, the Fae retreated to the Isle of Apples, or Avalon, as you may have heard it referred to.”

My eyes narrowed in confusion. I’d never heard jack about the Fae, which I assumed were faeries. “Avalon? Like from the Arthurian legend?”

Huh … you learn something new every day. “So, uh … where’s that located?”

“Avalon? In the Otherworld, of course.”

I felt like smacking myself on the forehead. Oh, of course. The Otherworld. I should have known! I squelched my sarcasm and let him continue.

“The Fae queen, Morgana, was eternally young and beautiful, and desired by many, including one young and foolish courtier. Exceedingly handsome and gifted with the ability to charm those around him, the young libertine ravished his way through Morgana’s female courtiers, wooing them into his bed one by one. Narcissistic in the extreme, the young faerie cared not for the feelings of the women he took advantage of, and he boasted openly about his conquests to all who would listen. “He was, in fact, so sure of himself, the vainglorious idiot attempted to beguile the beautiful queen, claiming she would be his greatest conquest. Upon hearing his plan, the queen became enraged, cursing the young faerie. For five hundred years he would walk the earth, seducing women, a slave to their passion, driving them to insanity with lust and the illusion of love. His touch brought about a euphoric reaction to the women he courted, filling them with desire and longing.” He stared at his hands as he spoke, as though they were the spawn of the devil, and hastily placed them in his lap, out of his line of sight.

Hot and dizzy, I inhaled sharply, unaware I’d been holding my breath. I stared at Quinn, willing him with my eyes to continue, as my breath came in shallow pants.

“Nothing he did was real; it was all an illusion. Every touch, a lie. Never would he know true love or passion, as every woman he came across fell prey to the magic of the curse.” He paused for a moment and stared off into space as if he were remembering the story firsthand. Darkness flashed in his eyes. “For a time, he became angry, indifferent to the plight of the women. After ravishing them, he left, letting them pine away for his touch. There were a few women who became deadly, killing any other that dared to cross their unrequited love’s path.”

He stopped talking when he heard me gasp, and looked down, refusing to meet my eyes.

“What … what happened?” I asked, my voice barely registering above a whisper. His story was riveting.

“The faerie was unable to live with the destruction that lay in his wake. He discovered he had a few other talents that enabled him to strip the memories of those he seduced, saving them from their inevitable spiral into madness.”

“So he sleeps with his prey, and then erases their memories?” My hand shot up to my mouth.

“Yes,” Quinn replied quietly, his voice filled with shame. His head hung low, and he refused to meet my eyes as he spoke.

I reached out to him, wondering why he was so worked up over a work of fiction. “Quinn, it’s all right. It’s just a myth. Th—”

“No.” He shot up out of his seat, jaw clenched in anger. “It’s not all right. It’s torture.” His voice broke. His whole body shook, throwing off waves of anger, frustration, and sorrow. “To know every moment of your existence is a lie, a farce. To live each day knowing the women you touch will either have no memory of you when it’s all said and done, or suffer mindless insanity is pure, unadulterated agony!” He threw back his chair and stormed off, leaving me shocked and speechless.

My mind reeled. No way, Ryann. Don’t even go there. You like to reside in a little place called reality, where there are no such things as faeries.

His story was so compelling, though. The tale he wove seemed to meet all my unanswered questions about him. Not to mention, he spoke with such conviction, as though he lived it himself. 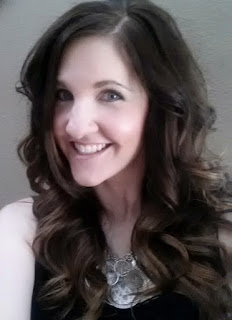 Lisa's lifelong love of writing, coupled with her ability to weave together and intricate and compelling story has led to the release of her New Adult paranormal romance trilogy,the Hanaford Park series (Eve Of Samhain, Pleasures Untold, Faythe Reclaimed).


In her role as a busy stay-at-home and self proclaimed "cheer mom," on any given day Lisa wears a number of different hats. From taxi driver to chef,nurse to seamstress, laundry woman to enforcer, and, of course, writer, Lisa manages to keep everything together while caring for her husband and three children. The few spare moments left in her day are usually spent reading or writing, and if she's really lucky, possibly even catching up on some much needed sleep. Lisa and her family currently reside in Tracy, California.

Lisa is represented by the fabulous Brittany Booker of the Booker/Albert agency, and has two projects on submission and a third in the works.